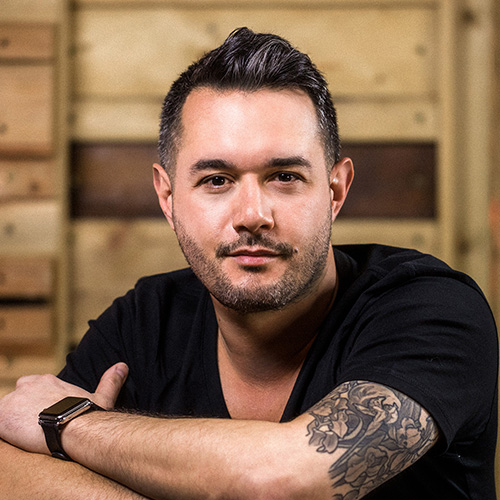 Alexey Kats is the co-owner and creative director at Architeqt Salon and Gallery, located in Washington Square west in Philadelphia.

Alexey has worked as a platform educator for companies such as Goldwell, Sahag and his own venture Fountainhead Beauty. While working on many of the city’s fashion shows he has also worked on feature films and produced and contributed to photoshoots for TV personalities, magazines, boutiques and universities. Alexey designed his own line of cutting and styling tools and educates both hairdressers and clients on hair cutting and styling. In addition to doing custom color and keratin treatments, Alexey has been perfecting his dry-cutting technique for years and considers haircutting a form of sculpture.

Though generally managing Architeqt Salon and Gallery, Alexey can also be found working at the Architeqt North location every Thursday to accommodate his Suburban clientele.